Life is No Cakewalk for Barry Cutler as Assassin Charles Guiteau 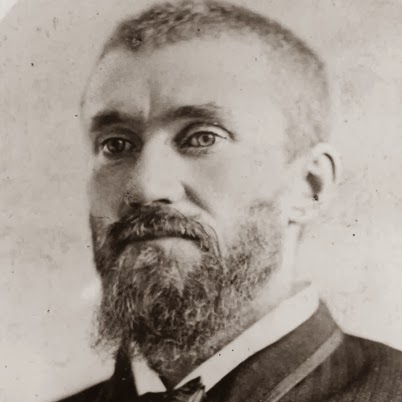 As assassins go, Charles Guiteau is pretty obscure.  Most people probably haven’t even heard of the president he killed (James Garfield in 1881), let alone Guiteau himself.  But despite Guiteau’s relative anonymity, that doesn’t stop Barry Cutler from playing him as “larger than life” in the Farmington Players production of Assassins.

Barry describes his character as follows: “Imagine if Zig Ziglar were a nutcase and you have Guiteau in a nutshell.  Guiteau’s glass is always half-full, although what he’s full of can’t really be printed here. He fell nothing short of a certifiable lunatic—a psychopath with an ego the size of the Eiffel Tower, if you will. He shot Garfield because the President refused to make him Ambassador to France.”    Barry is used to playing “colorful characters” and Guiteau is no exception, saying, “I’m having a blast with his 'cakewalk to the gallows,’ Guiteau’s funny and final attempt to prove to everyone that he matters. I enjoy the challenge of making this deeply flawed man seem at least a tad human, but certainly not likable.”

With despicable characters and an uncomfortable subject matter, I asked Barry what audiences would enjoy about Assassins?  His answer: “Not all stories are designed to make audiences ‘feel good.’  That being said, all stories should make audiences ‘feel something.’ People will enjoy the show for various reasons, the entertainment value, the glimpse into parts of history they may or may not have previously explored, and the revelation that each assassin is the ‘hero’ of his own story.  While their goals are abhorrent, in their own minds they want what everyone wants – their own version of The American Dream.”

The American Dream is a prevalent theme in Assassins.  As director Mike Smith says,  "Assassins uses these historical characters to shine a light on the promise and failure of the American Dream which, I think, is as valid an analysis today as when it was first produced. … I relate to what the assassins want because wanting is the American Way. It's never easy to get there by following the rules, but it can be done.” Similarly, Barry understands the assassins’ motives, but to him, the ends do not justify the means:  “The assassins believe they have the right to happiness, whether they pursue it or not, and if they don’t get it, it’s everyone else’s fault.  – A warped version of the American Dream. Personally, I don’t buy it. You want happiness, go find it. There’s no need to wallow in self-pity, or to point fingers.”

Barry’s played numerous characters since joining the Farmington Players in 2006, having last appeared on the Barn stage as “Mushnick” in Little Shop of Horrors:  “I joke with Jason Wilhoite (the Balladeer) that this our fourth duet on the Farmington Players stage. If I can stay on two feet cakewalking up the stairs, it could be one of our best.”

The Farmington Players' production of Assassins is proudly sponsored by the Center for Financial Planning, Inc.  The show runs from February 14 – March 1. Tickets can be purchased online at www.farmingtonplayers.org or by calling the box office at 248-553-2955.
Posted by Tony Targan at 12:38 PM No comments:

Michael Soave is Well-Suited as the Santa Assassin, Samuel Byck 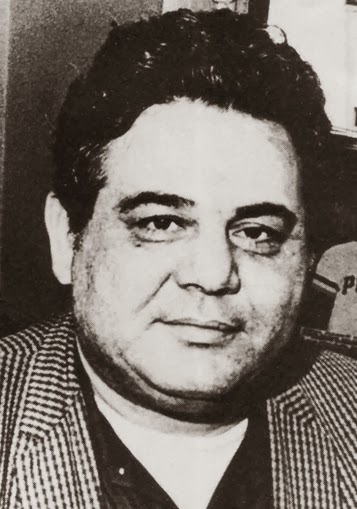 With his GQ look, Michael Soave conveys an image of suave sophistication, which is ironic given that his character in Assassins is anything but. Michael plays Sam Byck, who like many of the outsiders portrayed in the show, “felt the entire world was against him, including the government.” On February 22, 1974, Michael explained that Byck “attempted to assassinate President Richard Nixon by hijacking a 747 airplane and crashing it into the White House.”  (While Byck’s plane never got airborne, he ultimately killed a few people onboard, including himself.)   In the play, the Byck character appears in a Santa Claus suit, which the real-life Sam Byck once wore to a political protest.

In Assassins, Michael describes the Sam Byck character as “an interesting guy; fun-loving, bipolar, narcissistic and crazy. One second I'm jolly and singing a song and in the blink of an eye I turn explosively angry. The sudden shifts in mood are probably what I enjoy the most, but at the same time are the most challenging just because there's so much back and forth with myself. Sometimes it’s even a little scary because acting crazy came a bit to naturally for me.”

In real life, Michael is a stand-up comedian from Detroit, which might explain his crazy side. He is making is theatrical debut in Assassins because “I enjoy Stephen Sondheim's work and I'm also a fan of darker things, so this was right up my alley. Also I find it easier to identify with my character, Byck, just because he's like an everyday Joe. Working odd jobs just to make it by and then all this crap goes wrong in his life. We've all had times in our lives where we thought the world was taking a crap on us. Byck just took it too far.”

While the show does not try to justify the assassins’ actions, Michael explains that Assassins is “full of underdog, anti-hero characters who take it upon themselves to become vigilantes. Everyone loves an underdog story.”  Even if it’s hard to root for them, it is interesting to try to understand each of the assassin’s rationale for doing what they did.  As Michael says, it’s “different for everyone. Some characters want to be remembered, some just want to be noticed and some just want revenge.”

The Farmington Players' production of Assassins is proudly sponsored by the Center for Financial Planning, Inc.  The show runs from February 14 – March 1. Tickets can be purchased online at www.farmingtonplayers.org or by calling the box office at 248-553-2955. 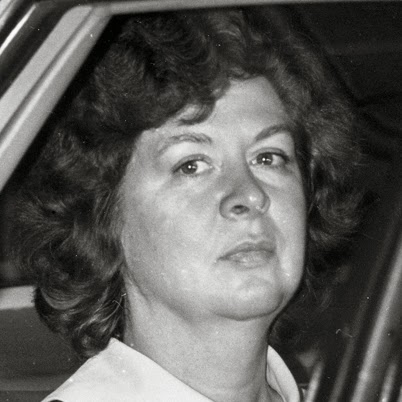 The American Dream is an essential theme of Assassins, a dark Stephen Sondheim musical that explores the minds and motives of nine US Presidential assassins.  With songs like Everyone’s Got the Right (to be Happy) and Another National Anthem, Sondheim shows how people who have been marginalized by American society still try to justify their own actions in the name of the “pursuit of happiness.”  While not condoning the assassins’ actions, Sondheim demonstrates that when their dreams are not fulfilled, the assassins feel justified in making someone pay – in this case, a President.

In the Farmington Players production of Assassins, Barbara Bruno makes her Barn debut as Sara Jane Moore, who fired a shot at President Gerald Ford in 1975.  While this is not your typical “feel good” musical, according to Barbara, she finds that Sondheim’s work “tends to be a little unsettling to audiences, but in a way that is thought provoking. When I read the script for the first time, I had a lot of, ‘Gee, I never knew that’ moments, which can be a gratifying experience.” Barbara describes Moore as having a “really frenetic background, with a number of careers and husbands in her time. She's this odd mix of soccer mom and psychopath. The challenge of this role is to not only make her sympathetic so that the audience can relate to her, but to balance this calm exterior of who she really was with this hectic and flighty scripted interpretation of her.”

Barbara can definitely relate to the play’s message that the American Dream has left many people behind, as she explains: “Not unlike many people in the theater, I was a total outsider well into college. There's a rage that comes from not feeling accepted and feeling marginalized.  I grew up in a fairly well off community, but we never had a lot of money.  I felt the differences in class deeply.  The hardest part is feeling not only like you're excluded and will never have what you perceive everyone else has, but also feeling like you don't matter, and I know that I had my ways of acting out on that.”   In relating this to the characters in Assassins, she says, “What's tragic about these people is that they lacked the power to feel like they belonged and that they mattered.  I think, as a rule, people tend to get in trouble when they look to external signals for acceptance, which is, unfortunately, the most common manifestation of the American Dream.”

Originally from Long Island, Barbara lived in Chicago for 20 years, often working on the production side in the Chicago theater community.  She moved to Michigan about three years ago and has been active backstage at the Barn and appeared in the Barn’s AACT Festival entry as Lita Encore in Ruthless.

The Farmington Players' production of Assassins is proudly sponsored by the Center for Financial Planning, Inc.  The show runs from February 14 – March 1. Tickets can be purchased online at www.farmingtonplayers.org or by calling the box office at 248-553-2955.
Posted by Tony Targan at 11:54 AM No comments: